The world of 140 characters or Twitter is like drugs to me. So I tend to maintain a controlled affection towards it otherwise it can take my entire day. Over the years, Twitter has evolved from 140 characters to being  a source of consumptions of news for some while getting popular by trending hashtags for some. I was really happy when Twitter had donned a new look last year. It not only introduced exciting features but the world of 140 characters became smarter. Of late I have started using the web Twitter more than my Hootsuite app for some definite advantages. However, with regular use I have found that Twitter can get even smarter if it incorporates the 3 missing links listed below. 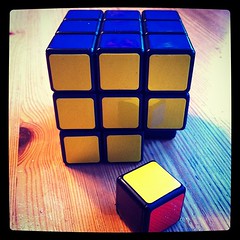 Initially, Twitter started sending emails, which would inform you about who followed you and who favorited your tweets. Recently, after it acquired startups like Summify and RestEngine, it indicated that it wants to strengthen it’s email marketing. According to Twitter, it has also started testing the same where Twitter is sending emails with a list of top articles that were retweeted most by your followers. A service similar in the lines of Summify.

But along with this, wouldn’t it be great if Twitter sends me an end of day email that would give me a complete summary of my Twitter account? The email should have my daily activities along with how many tweets were favorited and retweeted so that I can connect with them then and there. I am aware that the current Connect tab in the Twitter web app provides all these details but you won’t be checking it very often. So a complete summary email is the need of the hour and it will definitely strengthen Twitter’s email marketing.

When I started using it regularly, I noticed that Twitter shows me a random list of people under the section “Who To Follow”. The funny part was that it also showed me people whom I was following already. Over the time, Twitter has improved this feature and now it shows me list of people who are being followed by my community. The service is not bad but it won’t be the case always that I would follow someone just because one of my friend is following her. I think Twitter should show me a list of people who have similar interests as mine. Browse Categories section in #Discover tends to achieve the same but it has a listing of a few broad categories only.

#Discover which was revamped recently should also, going further, be based on interests along with the trending articles in my networks. One would be more interested in following people or consuming content that matches one’s interests.

Twitter Analytics has been the most long-awaited feature. Twitter had confirmed a long time back that they are working on Twitter Analytics, which will provide a detailed in-depth analysis but then we haven’t heard much. I find this very interesting that why has Twitter ignored such a basic feature or is it waiting for some competitor to give it some heat. Like Google Plus did give Facebook for a while.  Analytics is the major missing feature and even if Twitter launches it as a subscription offer specially for brands, I think it will still find many takers.

These are the 3 missing links in Twitter which if tied up, can provide a better user experience for twitteraties. Do you have anything to add to this list of missing features in Twitter? Do share them in the comments section. I would love to hear them.