A guest post from Nameet Potnis ((Nameet is a serial entrepreneur, photographer, restaurateur, storyteller, traveller  seeker and passionate about social commerce. He tweets at @Nameet)) in which he shares his thoughts on Facebook’s recently launched Facebook Gifts and whether it will have an impact on the home grown startups in the arena of social gifting.

Last week Facebook made a quiet re-entry into its previously mildly successful segment ‘Gifts’. Back in 2007, Facebook had introduced virtual gifts which could be sent to a friend for any occasion, these gifts cost anywhere between $1-3. In 2008, Jeremy Liew of Lightspeed Venture Partners had quoted, “Since there were 322 gifts available for sale when we completed our last survey (Jan 8th, 2008), that implies that Facebook is selling just over 270k digital gifts per week. At $1 per gift, that implies an annual run rate of just under $15m.”

To begin with, Facebook has decided to limit the value of Gifts on its platform to below $50. “Fifty Dollar deals sound like a small portion of the eCommerce market”, says Yariv Dror, StoreYa.com (Facebook store platform provider) CEO, “but our numbers show, that 57% of the millions of products that have been imported to Facebook using our platform match this figure of $50 and below.”

By entering the physical good space, Facebook will not only be competing with retail giants such as Flipkart, eBay and the hoards of other ecommerce companies in India but against a multitude of startups like Badhai, 99presents, Giveter and so on. Badhai allows users to send gifts vouchers to their friends; they have recently added group and social gifting. 99presents helps you find products your friends from across different eCommerce sites like Amazon, Flipkart, Etsy, ThinkGeek, etc. While Giveter recommends gifts based on its own secret sauce and the recipients’ Facebook likes.

For those who want to ride the Facebook Gifts wave here in India, as of now there is no news on when the feature might launch in India but Facebook is accepting proposals from vendors who might want to sign up to offer products as a part of Facebook Gifts. If you want to sign up as a vendor, you can do so here.

India has a substantial number of Facebook users and the model that Facebook Gifts follows might make it relatively easy for them to penetrate the market rather quickly. Facebook does not have the delivery logistics that Flipkart does. Hypothetically, this could be a possible hindrance for Facebook Gifts to grow. How do they overcome it? They ask vendors to sign up, these vendors already use their own logistics providers, and Facebook only brands the gifts for e.g. 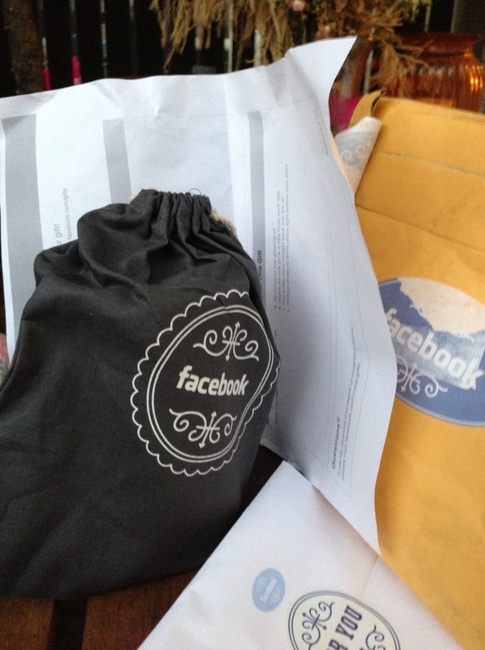 Facebook gifts hasn’t launched in India, yet. And when it does, instead of looking at its impact on companies in social gifting space in India, I believe it could have a significant impact on all ecommerce segments in India.

Further to its commerce ambitions, Facebook has also launched a new feature called Collections which is currently being tested with certain select brands like Pottery Barn, Wayfair, Victoria’s Secret, Michael Kors, Neiman Marcus, Smith Optics, and Fab.com All Facebook reports that Collections enables Facebook users to not only like, but collect, want, or buy products that brands share through images on the social network.

Would love to know your thoughts about the new features Facebook has recently added.